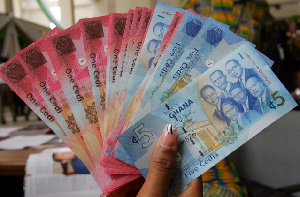 The domestic currency has been predicted to remain at GH¢5.40 to one United States dollar for the rest of 2019, according to Standard Bank – parent company of Stanbic Bank Ghana.

The bank, in its August 2019 edition of the African Local Markets Monthly (ALMM) report, said it expects the cedi to stay at GH¢5.40 against the US dollar for the remainder of the year, on the back of the country’s market reserves being bolstered.

Despite the relatively stability in rate of cedi-deprecation, it said the annualised pace of depreciation will rise at a pace of between 5 and 8 percent.

“The US$/GH¢ ratio is likely to be characterised by a fair bit of stability in the near-term. It seems likely that the pair will be in the vicinity of GH¢5.40. However, over the medium-term it appears likely that US$/GH¢ will rise at a modest pace, perhaps at an annualised pace of somewhere between 5 and 8 percent,” the report said.

The report attributed the Cedi’s steadiness to the bolstering of financial reserves, which it said gave the Bank of Ghana the boldness to intervene in the financial market to stabilize the currency.

“There is little doubt that the issuance of Eurobonds by government earlier this year bolstered financial reserves, which in turn emboldened the Bank of Ghana to intervene forcefully in the financial market to stabilise the US$/GH¢ ratio. The GH¢ sold off after the January rate cut, with the market appearing concerned that the cut was an indication of further monetary accommodation,” it added.

It further noted that it is unlikely the Bank of Ghana will increase financial supplies to the market, due to the fact that the trade balance for most parts of the year has been in surplus. 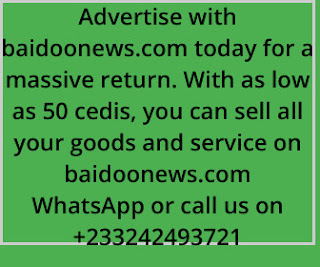 Head of Africa Research at Standard Bank, Phumelele Mbiyo, in asserting the report’s positon said even though the BoG may not increase financial supplies, the intention of government to increase domestic borrowing is likely to exert upward pressure on yields.

Mr. Mbiyo said: “Indications show the BoG periodically supplies finance to the market when there is strong demand that can’t easily be satisfied. But given that the trade balance is in surplus, it seems unlikely that the BoG will be forced to increase its financial sales. In any event, this is typically a seasonally strong period for finance supply.