Church uses donations to pay off $2.6Million in medical debt for families 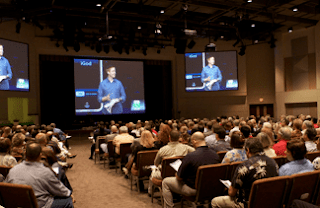 A church in North Texas is using donations to pay off $2.6 million in medical debt for 2,400 families in Dallas and Rockwall counties.

Pastor Josh Howerton, from Lake Pointe Church, told ABC News on Sept. 24 that the project was part of the church’s “Pay It Forward” campaign, which is designed to encourage community members to participate in acts of kindness in celebration of the church’s 40th anniversary.
“We wanted to celebrate our 40th anniversary by passing forward the generosity that has been given to us, to people in our communities,” Howerton said.
To mark the milestone anniversary, the church also made contributions to local organizations tackling issues such as human trafficking, homelessness and domestic violence, according to Howerton.
The church leaders decided to focus on the issue after looking at statistics showing more than 60 percent of bankruptcies in America could be attributed to medical debt, he said. According to a February 2019 study published in the American Journal of Public Health, medical problems contributed to 66.5% of all bankruptcies in the country.
Letters with information regarding the medical debt being eliminated started going out to families in the middle of September, Howerton said.
The letter was sent to U.S. military veterans, those who make less than two times the federal poverty level, people for whom 5% percent or more of their annual income goes to paying medical bills and people who have greater medical debt than assets.
Howerton said the church collaborated with the nonprofit RIP Medical Debt, an organization that uses donations to buy medical debt at pennies on the dollar, and then forgives the debt. RIP Medical Debt helped Lake Pointe Church identify the recipients.
“One of the great things the organization does is that it works with the people who hold those debts to be able to negotiate down the payoffs,” Howerton said. “So we were able to eliminate $2.6 million of medical debt for around $27,000.”
Craig Antico, co-founder and chief operating officer of RIP Medical Debt, told ABC News on Thursday that the collaboration with the church began in May 2019, when the church first reached out to the organization about the project.
Antico said more than 200 churches had inquired about RIP Medical Debt and 68 churches have raised money to help eliminate medical debt since the organization was founded in 2014.
“We really felt that medical debt was something that was inordinately hurting the people that are most vulnerable,” Antico said. “The problem is getting worse and worse, and we’re just recognizing that we have a way to stop the hardship of this medical debt.”
Howerton said his church has around 12,000 members across multiple campuses, and he hopes this project inspires members to give back to their communities.
“We want our people to do one act of kindness per day for the next 40 days,” Howerton said. “So, if you do the math, that’s 40 days times 12,000 people and half-a-million needs met. That’s the vision we have for this campaign.”
Source: ABCNews.