Home » News » Wake the MCE for Assin Central up

Wake the MCE for Assin Central up 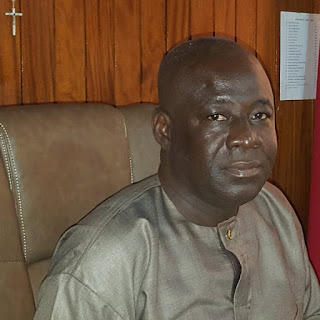 When the MCE for Assin Central Honorable Nicolas Fiifi Baako took over from the former MCE, there was a lot of uncompleted projects for him to continue doing.

In his first year, he was very active going round to check the works of the previous government and starting new ones. Projects like Assin foso bypass, the new market(close to Nkwa FM), and town roads were some projects he was actively working on it when he assumed office. But in a year and a half now, all these projects are left behind and even rotten.
The town has turned in Sodom and Gomorrah, weed smokers, fraudster, and insecurities activities have taken over Assin Central.

Recurrently a mechanic shop caught fire when the shop owner called fire service personnel he was told that they don't have a car battery and mover the car is spoiled while a lot of cars got burned and several people also got injured.

The question a lot of people asking is the MCE traveled? sleeping? or his people are giving him the wrong information about what's happening in Assin Central?
If he is sleeping, then he must be wakeup because the spirit he started with is dead. All the projects he came to meet is rotten and those he started too are spoiling, the potholes on the roads are getting out of hand, insecurities threaten the safety of his people, no street lights and fraudsters have taken over the towns.