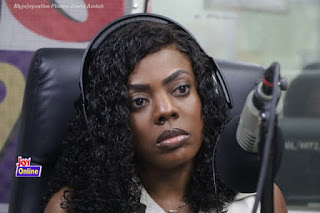 She said intimacy was an important factor in a relationship and urged men to focus on it.
"Some men have an orgasm and go straight to bed. I want you to talk to me. I don't like me a man who doesn't make eye contact,” she revealed on Super Morning Show.
Meanwhile, the popular TV personality revealed that she does not appreciate a man cooking for her, describing the kitchen as her “office”.
“I want the man to be a man. I'm a traditional person, I don’t want anyone cooking for him,” she said.