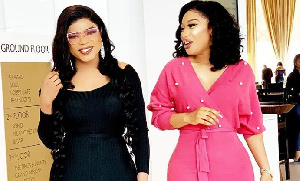 2019 has undoubtedly been an eventful year in the Nigerian entertainment industry. Apart from the visible impact made by some celebrities, others hugged the headlines for the wrong reasons.


In no particular order, Saturday Beats takes a look at the most controversial celebrities of 2019.

Before 2019, Naira Marley was just a regular Nigerian rapper with tall dreams. However in a short while, the ‘Soapy’ singer has grown to become one of the most talked about Nigerian entertainers of the year.

Marley’s troubles began when he started indirectly supporting cybercrime via his music and social media posts.

This made the Economic and Financial Crimes Commission to beam their searchlight on him and subsequently charge him with 11 counts bordering on conspiracy, possession of counterfeit credit cards, and fraud.

In November, Marley also set a lot of tongues wagging when he tweeted that a lady with a big butt was better than one with a Master’s degree.

Just days ago, the lewd singer alongside his siblings and cousins were accused of stealing a car.
It was reported that a car had hit the singer’s motorcade and after the driver of the car had alighted to complain about the accident, one of Marley’s acquaintances was said to have driven the car away.

This year, actress and social media comedian, Etinosa Idemudia, became more popular for her controversies rather than her acting talent.

In March, Idemudia and MC Galaxy became a trending topic on social media after she went unclad on the latter’s Instagram live video.

Earlier this month, Idemudia also stirred outrage on social media over her proclaimed intention to use a Quran as an ashtray as she had earlier done with a Bible.
The controversial actress had gone live on Instagram and was seen smoking and blowing off the ashes on a Bible, while she also labelled a particular verse of the holy book ‘a scam’.

In a recent interview Etinosa, who was earlier married to a man she claimed battered her severally, said her current boyfriend is 10 years younger than her.

At the beginning of 2019, Natacha Akide, aka Tacha, was nothing more than the young lady known for getting a tattoo of Davido’s popular logo, OBO, between her breasts.

Fast forward to this moment, Tacha has grown to become one of the most controversial Nigerian reality television stars. In September 2019, she was disqualified from the ‘Pepper Dem’ edition of BBNaija after she had engaged in a physical altercation with another contestant, Mercy Eke, who eventually won the show.

Though many thought the controversies trailing her would decline after the competition, Tacha has continued to be in the news.

Personalities such as Angela Okorie, Jaruma and others have labelled Tacha as being ungrateful for not acknowledging their support for her while she was in the BBNaija house.

Tonto Dikeh
Fiery actress, Tonto Dikeh, stunned many of her ardent fans earlier this year when she revealed that her ex-husband, Olakunle Churchill, could not allegedly last more than 40 seconds in bed with a woman.

Shad said, “at the beginning of the relationship, I never suspected him of cheating because he has a sexual problem, a disease– it’s called premature ejaculation. He can’t stay inside a woman for more than 40 seconds. My son was the longest sex (we had)– one minute.”

At another time, she had also said her best body part was her ‘private part’.

Recently, a fan claimed that Dikeh had lied when she said that she gave a speech at Modul University in Dubai.

The fan alleged that the picture Tonto Dikeh shared on social media actually showed her presenting to empty chairs. However, the actress later shared a social media update by the university thanking her for her presence at their event.

Tekno
Singer, Tekno, caused a stir back in August while conveying a bevy of semi-nude ladies in a transparent van on a Lagos road.

A video of the girls evoked mixed feelings among Nigerians which later led to the Police State Criminal Investigation and Intelligence Department questioning the artiste.

After the incident, the singer took to his Instagram page to tender an unreserved apology to those that might have been offended by the act.

Burna Boy
There is no gainsaying the fact that Burna Boy is one of the most sought after Nigerian artistes at the moment. He has also been involved in some controversies in the course of the year.

During his show in Atlanta (USA) some months back, the singer called out a fan for not dancing and refunded the fan’s money.

Also, in the wake of the xenophobic attacks, the ‘Ye’ singer had vowed never to step foot in South Africa ‘until the South African government wakes the f*** up and really performs a miracle’.

But barely months after he made the remark, the singer was billed to return for a show in South Africa and he claimed the proceeds would be donated to victims of xenophobic attacks. However, after an uproar from South Africans, who demanded an apology from the singer, the event was eventually cancelled.

Earlier in the year, the singer had tackled the organisers of the Coachella Valley and Arts Music Festival 2019, California (USA), over the small size of his name on the promotional poster.

Toyin Lawani
Fashion entrepreneur, Toyin Lawani, made headlines this year on several occasions. Many of her fans won’t forget in a hurry the series of raunchy pictures she posted on her Instagram page, especially her explicit picture with another daring socialite, Pretty Mike.

Lawani also generated some buzz when she claimed that she usually demands N2m before going on dates.

Savage and Wizkid had fuelled the speculations several times with their raunchy acts together. Wizkid had on a number of occasions grabbed Tiwa’s butt on stage.

The singers also shared a kiss during a live performance in Paris (France) back in October.

Bobrisky
Popular Nigerian cross dresser, Idris Okuneye, aka Bobrisky, was in the news on several occasions in 2019. In September, the venue of the Internet personality’s birthday party was invaded by police operatives to ‘prevent a potential breach of public peace’.

In his reaction to the incident, Bobrisky claimed that he spent N19m on the botched event.

The director-general of the National Council for Arts and Culture, Olusegun Runsewe, also described Bobrisky as a national disaster.

Regina Daniels
This young actress’ marriage to businessman, Ned Nwoko, sparked a massive debate on social media in 2019 with many attacking and supporting her decision to marry a man much older than she is.

Her marriage to the entrepreneur became one of the most talked-about events of the year.

In October 2019, another debate was also ignited online about the actress’ real age as different numbers have been bandied about on social media over the years.