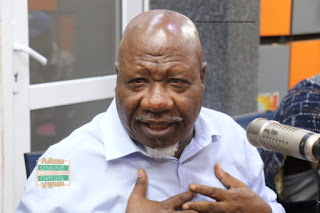 He said the just ended district level elections didn’t record up to 32% turnout because of voter apathy.
READ ALSO: Ghanarice to get special identification stickers


“I said on this platform that the district level elections will experience voter apathy and truly truly I don’t believe 32% of voters throughout Ghana turned up to vote because Ghanaian voters have lost confidence in Ghanaian politicians ,” he told Accra based Peace FM, monitored by Adomonline.com.
He added that the confusion surrounding the referendum was another reason there was a low turnout.
SEE THIS: Videos,photos of colourful lights in Accra ahead of Christmas
“People are giving so many excuses one being the fact that the day of the election it was a working day but I still insist that Ghanaians are losing confidence in politicians,” he said.