Home » Business » Year of Return to rake in $1.9b in revenue – Tourism minister

Year of Return to rake in $1.9b in revenue – Tourism minister 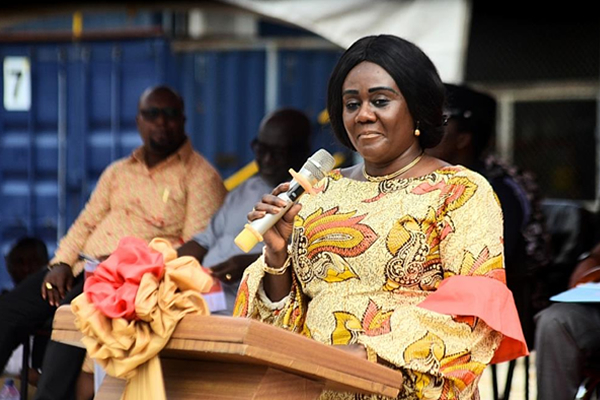 Up to 1.5 million tourists expected in the country by the end of the year with up to 1.9 billion dollars expected to be accrued in revenue as a result of the Year of Return activities.

The tourism sector has also recorded a tremendous growth of 18% in international arrivals from the Americas, Britain, Caribbean and other key countries while total airport arrivals increased by 45% over the period of the year.
Also, the estimated spending of tourists has seen a significant increase from $1,862 in 2017 to the current figure of $2,589 per tourist, with the impact of tourism on the economy estimated to be about $1.9 billion.
Minister for Tourism, Culture and Creative Arts Barbara Gyasi made these revelations at the Meet the Press series Tuesday.
She said the numerous activities witnessed in the course of the year resulted in an increase in tourism sector spending with most major hotels being at a 100% occupancy during the climax of the Year f Return activities in this month.
According to her, there has been a growth in tourism arrivals as follows, “from a baseline of 914,000 in 2016, international arrivals have risen to 956,000 in 2018. Tourism receipts increased from $1.804 million in 2017 to $2.589 million in 2018. It is projected that the number of tourist arrivals will increase to 1.1 million by the close of 2019,” she said.
“The increased number of travellers in Ghana has positively impacted private sector industries such as airline, hotels, tour operators, restaurants, arts and crafts dealers to name a few,” she indicated.
She explained “for example, apart from the major hotels which have 100% occupancy for the month of December, the arts centre merchants have confirmed increase sales compared to the same time last year.  Tour operators have also increased bookings for tours to areas which have a linkage to the Trans Atlantic slave trade, such as the Cape Coast and Elmina Castles.”
Touching on the processing of visa on arrival, the minister noted “there have been major reforms. In consultation with the ministry of foreign affairs and regional integration and the ministry of interior. Visa on arrival fees was reduced from $150 to $75 enabling a significant number of people to visit the country. Over 900 visas on arrival will be processed by the end  of the year of return.”
“In addition, over 100 Africa Americans and Afro Caribbeans who applied for citizenship were granted Ghanaian citizenship in November this year as part of the year of return,” she added.
Source: Ghana/Starrfm.com.gh/103.5FM/