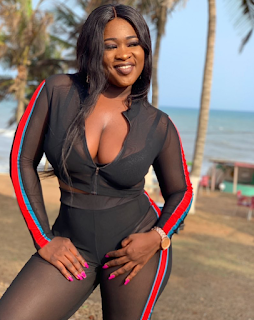 Songstress, Sista Afia has disclosed that she dropped out of Nottingham University in the UK in her second year.

According to the ‘Jeje’ hitmaker, she was unable to complete her tertiary education because she had some issues in the UK forcing her to drop out of school.
She revealed this during a conversation on 3FM’s Drive with Giovanni Caleb while speaking on her educational background.
” I went to Rev. John Teye Memorial School then Angel Complex and I also went to Afia Kobi Ampem Senior High School, I was also at High Barnett College in London then Nottingham University,”
She continued: “But I didn’t finish school. I just did two years and I was supposed to complete at third year but I was having some difficulties back in London and I had to come back.”
Sister Afia however indicated that she has plans of returning to London to complete her education.
Sista Afia is currently out with a new tune titled ‘Paper’ featuring Nigerian singer Victor AD.