Home » Entertainments » I use comedy to educate people –OB Amponsah

I use comedy to educate people –OB Amponsah 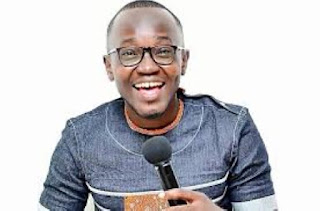 Optometrist and Comedian OB Amponsah has stated that he uses comedy to educate his fans on important national issues.
He believes his patrons and fans become well-informed on topical issues through his jokes.
“I always love to educate people on important issues, and comedy has become a tool to drive home such messages to the public,” he asserted.
OB Amponsah is set to crack the ribs of his fans on Saturday, 18 January 2020, at the Snap Cinemas in Accra with his show dubbed “Political Refugee”.
Some of his colleague comedians have been billed to perform as well.
Giving insights about his upcoming show with Graphic Showbiz, OB Amponsah said: “Basically, it is about me sharing my pain and bad experiences after the Decemba2Rememba debacle. Perhaps, the public will get to know and understand the work of a comedian better after the show. Life is what you make out of it and I want to make a positive move out of the unfortunate incident”.
Some of the comedy shows on which he has performed include ‘Lord of the Ribs’ in Nigeria, Night of Laughs, and Easter Comedy Show.
OB received some backlash from members of the main opposition National Democratic Congress (NDC) when a joke he made about former President John Dramani Mahama, got the former President’s followers angry.