Home » Entertainments » I was busy through out December, I didn’t even realize it was Christmas’ – Kuami Eugene brags in 2020

I was busy through out December, I didn’t even realize it was Christmas’ – Kuami Eugene brags in 2020 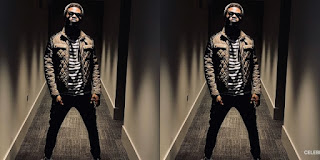 According to the Rockstar, he is about to start his Holidays because he was so busy making money that he forgot it was Christmas.
“I’m Yet To Start My Holidays, I was busy making a lot of Money, I didn’t even realize it was Christmas ?,” – He wrote on Instagram.
READALSO:  PregnantCardi B goes semi-nude as she covers Rolling Stone Magazine withOffset
Yes, of course, he might have played some major shows around but not as much as some senior artistes who secured their big hugely but on a low.