One Ghanaian player will be hit with tragedy - Prophet Nigel Gaisie 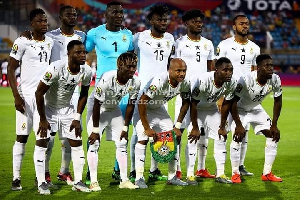 The General overseer of the Prophetic Hill Chapel, Prophet Nigel Gaisie has revealed in his end of year prophecies that one big Ghanaian player will be hit with a big tragedy but he did not give any clues or name of the said player.


He also on the same night revealed that the Black Stars will never win a trophy because of their dabbling in sorcery,juju and other satanic workings in their camp.
He made this revelation during the 31st December watch night service held in his church in Accra where he said a lot of other prophecies about the nation and other happenings in the year 2020.
"One big Ghanaian player will be hit with a tragedy this year" he said.
Among other things the man of God made other revelations in Politics, entertainment and across all spheres of life.