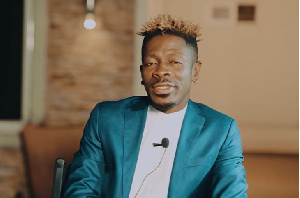 The “Omo Ada” hitmaker and his bae are rumoured to be facing hard times in their relationship after Medikal allegedly got caught having a secret romantic affair with the sister of his girlfriend.

The last two weeks have been rocky and rough for Medikal and Fella – amid other controversies with Sister Derby and Wanlov the Kubolor.

Wanlov rekindled the beef between Fella and Sister Derby with his 2019 recap song which alleges that Fella copies Derby’s fashion style.

One thing led to another and it looks like a good counselling from Shatta Wale – who also couldn’t keep up with his second baby mama, Michy – could be the best remedy for the drama.

Medikal has made so many efforts through social media to win Fella’s heart again but things keep getting worse.

His latest effort is a new single, titled “Come Back” featuring KiDi, which begs Fella to come back.

In his latest social media post, the AMG Beyond Kontrol label owner shared a screenshot of an eight-minute phone conversation with the self-acclaimed King of Ghana dancehall.

He captioned it: “Thank you very much king @shattawalegh! I really needed those words.”