Shatta Wale unfollows everyone on his Instagram & leaves only his godfather 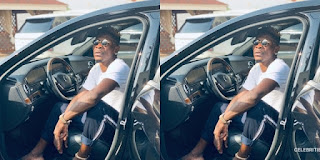 Shatta Wale has unfollowed everyone on his Instagram handle and left only one person who doubles as his godfather, Vybz Kartel.

He did that right on the 31st night before entering into 2020.

It is unclear why he did that mainly because most of his friends need to be followed by him just as they do.
He might come under serious scrutiny if his fans get to realize that.
Shatta Wale now joins Ghanaian songstress, Becca who also did a similar thing months ago.
Becca similarly unfollowed all his fans and friends on his IG page leaving only her husband, Tobi.
She was severely bashed for taking such an initiative. 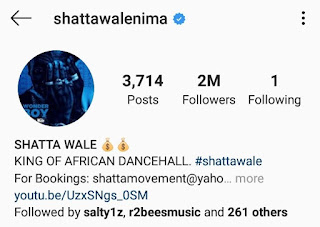