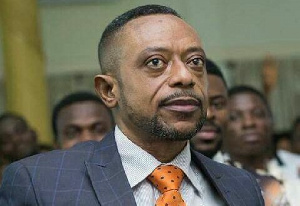 A renowned man of God has revealed the reason behind the failed marriages of Prophet Isaac Owusu Bempah, founder and leader of the Glorious Word Power Ministry International.
According to Apostle Francis Amoako Attah, his [Bempah] woes started the day he divorced his first wife.
The controversial prophet has not been lucky with women. Rev. Owusu Bempah tied the knot with Abena Animah, his third wife in a much talked about wedding ceremony.
The marriage ended just six months after their lavish wedding ceremony. This got many questioning whether he is indeed a true man of God.
But Rev Owusu Bempah justifying his decision said “Divorce is not good but there is nowhere in the Bible which suggests that a pastor who goes through a divorce is not from God. There were great men of God who had marital issues and later divorced.
In support, Apostle Amoako Attah on Adom FM’s morning show, Dwaso Nsem Wednesday said Rev Owusu Bempah cannot be blamed.
He revealed that, his [Bempah] predicament is spiritual and only a superior man of God can stop that demonic spirit from operating in his life.
“Something was placed under Owusu Bempah’s pillow after his first divorce and that thing is still fighting him that is why he cannot marry” he opined
Apostle Amoako Attah said it is not surprising Prophet Owusu Bempah has not been able to deal with it because he needs a superior prophet to cast out that demon.