Coup plot: AG to drop charges against 1 of 10 suspects 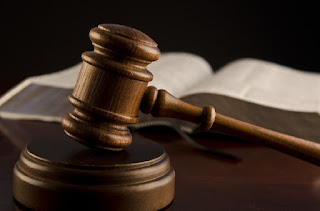 The state is set to drop charges against Gershong Akpah, a weapons mechanic with the Ghana Armed Forces (GAF) in relation to the alleged plot to destabilise the country.
The Attorney General’s office on Thursday, 13 February 2020 made the move following a bail application by the defendant.
State attorney Hilda Craig indicated that the AG’s office is done with the bill of indictment and has indicted all the accused persons except Gershong Akpa, who is civilian working with the army.
The accused persons have been charged with offences including conspiracy to commit treason felony, conspiracy to possess explosives, arms and ammunition without lawful excuse; and possession of explosives, arms and ammunition without lawful excuse; treason felony and abetment to commit treason.
The suspects are Assistance Commissioner of Police (ACP) Dr Benjamin Agordzo, Warrant Officer II Esther Saan Dekuwine, Colonel Samuel Kodzo Gameli, Corporal Seidu Abubakar, Lance Corporal Sylvester Akanpewon and Gershon Akpah.
The others are Dr Frederick Yao Mac-Palm, a medical practitioner; Bright Alan Debrah, a fleet manager, Donyo Kafui, alias Ezor and a blacksmith.