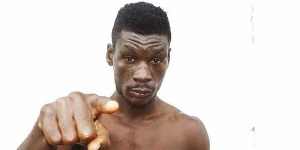 Boxer Patrick Allotey is paying the price for not being able to control his anger after losing both his boxing license and passport in less than two weeks.

Barely a week after the Ghana Boxing Authority revoked his boxing license for six months, an Accra Circuit Court has ordered him to submit his passport and other travelling documents.

The court presided by Evelyn Mensah as part of the conditions for the bail instructed Allotey to submit his passport. The document will be in the possession of the court throughout the court process.

Allotey has however been granted bail of GHC100,000 with three sureties, two of whom must be public servants.

He has also been told to report to the court every Wednesday.

Not guilty to charge of causing harm

The 29-year-old boxer was charged with causing harm. He, however, pleaded not guilty and beseeched the judge for a bail which was granted.

His lawyer, Francis Kojo Arthur, in advancing his case, told the court that his client has regretted his actions and has reached out to the victim.

His lawyer in an interview with ghanaweb.com explained he was expecting the charges of assault and battery but not causing harm as levelled by the prosecutor.

Allotey appeared in court in a yellow polo shirt. He was in the company of his lawyer and officials of boxing promoters – Cabic Promotions.

The boxer appeared calm and wore a face of remorsefulness. His face however brightened up after his request for bail was granted by the court.

However, there was no sight of the victim at the court premises.