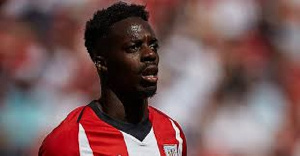 Spain boss Luis Enrique is impressed with the performance of the striker and he is reportedly considering him for a place in his squad for the Euro 2020 tournament. The forward showed exactly what he can offer, while it’s important to remember that Spain will play at San Mames in the summer. Williams hasn’t represented Spain since 2016, when he played 30 minutes for La Roja against Bosnia-Herzegovina in a friendly game under Vicente Del Bosque. His pace, power and versatility terrorized them and he shone from start to finish. Williams recently consigned Barcelona to defeat in defeat in the Copa Del Rey round of 16 tie and his performance in the league has particularly impressed the Spain coach.