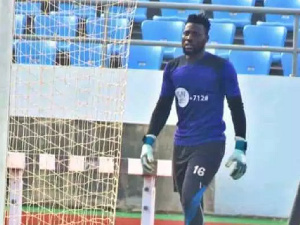 Ghana head coach Charles Akonnor is hugely considering naming Hearts of Oak goalkeeper Richard Atta in his first call up for next month’s AFCON qualifier against Sudan, according to Sunyani-based Nimdi3 FM. Atta, 22, has earned raving reviews from Ghanaian football fans after putting an impressive string of clean sheets in the Ghanaian top-flight. The burly goalkeeper will be hoping to depose regular Richard Ofori from in between the sticks or at least displace Asante Kotoko stopper Felix Annan – who has fallen down the pecking order, as No. 2. Atta left Elmina Sharks to join Hearts of Oak as a free agent before the start of the season and his shows against WAFA and Asante Kotoko has particularly impress countless Ghanaian fans. With Annan’s lack of game time at Kotoko Atta has been widely tipped to bully his way through to the No.2 spot and compete with Ofori for the No.1 slot. Akonnor is set to name his squad for the games next month and is widely expected to include midfield workhorse Justice Blay, striker Joseph Esso, Felix Annan and Atta from the local league. Esso surprisingly missed out of Kwasi Appiah’s squad that won against São Tomé e Príncipe and South Africa last November.