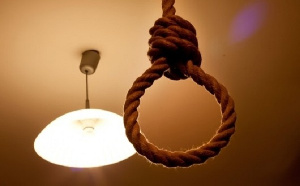 Following the rising cases of suicide in Nigeria, researchers at the Obafemi Awolowo University (OAU), Ile-Ife, are currently working on a mobile application to predict individuals who may be prone to committing suicide.

This is one of the many innovations coming out of the university's International Centre of Excellence in Information Communication Technology (ICT) otherwise regarded as OAU ICT Park.

In his presentation at an ongoing research conference in Dubai, United Arab Emirate, the centre's director, Adesola Aderounmu, said the application is being developed by an undergraduate student who is currently undergoing mentorship at the research hub on the campus.

He explained the importance of the software to halting the dangerous drift in the country's mental health statistics.

The app, when completed, he added, would only require the information of its users uploaded "and would determine if the person may likely plan to commit suicide in the nearest future or their minds are stable to handle any shock."

Mr Aderounmu, a professor, noted that the guidance and counselling units set up, especially on campuses, cannot achieve better results simply because only those who make themselves available for counselling could be helped.

He said; "One of these young researchers is working on a product that will predict whether a student is going 'mad' or not. You know that on campuses, in particular, you wouldn't know if something is wrong with anyone or not. In the recent time, there have been several cases of students committing suicide and we have these guidance and counselling units but students don't go there. So how will these centres know if they have challenges or not?"

According to the World Health Organisation (WHO), about 800,000 people die every year globally through suicide. Nigeria, according to the world body, is ranked 67th globally based on the death statistics. She also ranks first in West Africa sub-region.

Ndueso Uno, a medical sociologist and chief operating officer of Ikang Relief Services Network, once wrote in his article published by PREMIUM TIMES and titled; "Suicide and the rising agony of Nigerians," that "the number of deaths directly or indirectly linked to mental disorder could double those being recorded from either the most dreaded HIV-AIDS or Tuberculosis, and even malaria that has remained an untamed tormentor-in-chief of many households across Nigeria."

According to reports, in 2019, an average of five suicide cases got reported in the dailies with many not reported due largely to family's fear for stigma associated with such deaths.

Meanwhile, a 2001 WHO report on the global challenge is said to have lamented lack of adequate access to treatment for the mentally infirm by many developing nations, including Nigeria.

The report reads in part; "Constant exposure to severely stressful events, dangerous living conditions, exploitation, and poor health in general all contribute to the greater vulnerability of the poor. The lack of access to affordable treatment makes the course of the illness more severe and debilitating, leading to a vicious circle of poverty and mental health disorders that is rarely broken."

The report, however, says nations should "de-emphasise focusing on traditional mental health institutions but focus on community care alternatives."

"Such institutions (formal mental health facilities) lead to a loss of social skills, excessive restriction, human rights violations, dependency, and reduced opportunities for rehabilitation. Countries should move towards setting up community care alternatives in a planned manner, ensuring that such alternatives are in place even as institutions are being phased out," the global body stated.

With its expansive ICT park that is packed with facilities, and already registered five spinoff companies, Mr Aderounmu said in the next four years or thereabouts, "OAU's centre will rank the biggest innovative hub on the continent of Africa, and similar to the Stanford University's Silicon Valley."

The Silicon Valley, which is home to Yahoo!, Google, Hewlett-Packard, also houses many other cutting-edge companies founded by the alumni of Stanford University and its faculty.

This, according to the professor, is the dream of the university, and with the achievements already recorded, and grants accessed, "the institution is on its way to stardom."

He said: "Something like Silicon Valley is actually the final destination we target. At the ICT Park located within the campus we're trying to build the capacity of our younger generation. We are also looking at spinoffs. As I speak, we have about five registered companies with spinoffs. I'm sure that in another three to four years now, we're going to be competing with Stanford. Come to the environment and see for yourself. Through the World Bank, we have already established very solid foundation and a lot of facilities where we have the right environment for the researchers and our students, in particular, to work.

"Remember OAU was the first to bring internet to university in Nigeria in 1995 with the support of ICTP in Italy. Up till 2003, the ICTP support was still on. We later got a grant under Carnegie Foundation to do five major projects, one of them being the ICT project. What we tried to do at the time was to build the capacity of the park and provide ICT infrastructure, so that lecturers and students have 24 hours access to the internet. After the Carnegie, we got other 'little' grants from HP which enabled us to set up a research lab to develop applications that can be used by HP."

He said the university later got additional grants from British Council, and that "all the efforts led to a huge sum of 500,000 dollars granted it by the World Bank."

"We moved on to getting the centre of excellence grant to set up a national center of excellence in engineering, which today has trained a total of 37 regional students from neighbouring countries as part of the conditions for sustainability," he added.

The don, who noted that the popular Jobberman platform is a product of the centre's alumnus, also revealed how his team peopled by undergraduates working on a particular application were poached by a commercial site, Konga.

"The boys, who were just in 200 level under tutelage at the centre, were working on a project which got the attention of Konga. The head of the team just came to me one day that his mother had been sick and that he would have to abandon his programme and relocate back to Lagos to take care of the mum. All efforts to convince him to stay back proved abortive, and we said goodbye.

"Surprisingly, the boy had been offered a job of monthly pay of N800,000 by Konga and he didn't know how to tell me. Months after, five other members of the team said they were deferring their programmes. They all left to join the team lead on a salary of N400,000 monthly. But we now have a "rule of engagement" in place to guide against such occurrences in future."

Meanwhile the director listed other projects being executed by the five registered spinoff companies. These include a software that detects activities of its free internet users, which he noted is now sold to a financial institutions.

"We have got many other projects which we will not like to mention for security reasons but I can assure you that our next target is to build the world's fastest processor in our efforts to make globally competitive mobile phones," he said.

Mr Aderounmu further added that in the areas of health, insecurity and governance, various teams are working on different projects as solutions.

He added that hardware production is no longer "a big deal" to his team, saying in partnership with an unnamed company, "OAU now produces tabs and in the process of moving to commercial quantity."

"About seven other spinoffs are in the pipeline for registration with the corporate affairs commission with the companies currently being managed by the students. There are some with projected annual income of N120 million, some at N50 million, among others. But the ultimate target is to get to a level where university funding will largely come from these innovations," he said.