No place in Akonnor’s squad for in-form Yahaya Mohammed 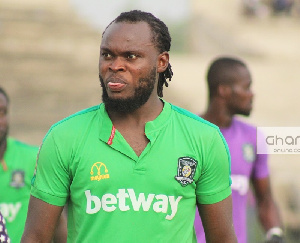 scorer Yahaya Mohammed for his maiden Black Stars call up. Yahaya has bagged 8 goals in 9 games in the Ghana Premier League for Aduana Stars and won the Ghana Premier League Player of the Month of January Award. However according to reports in the local media, Akonnor prefers Hearts of Oak striker Joseph Esso to the Aduana Stars marksman. Yahaya has a lot of experience under his belt playing for several clubs in Europe and Africa and has featured for prominently for the Black Stars B in the past. Akonnor feels age is not on the side of the 31-year-old and he will not fit into his long term plans.