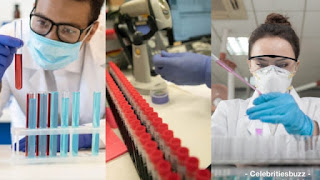 Scientists across the globe are tirelessly working assiduously to get a vaccine that can fight the Coronavirus and the US and Germany are leading the line
The Trump administration has offered a German medical company “large sums of money” for exclusive access to a Covid-19 vaccine, German media have reported.
The German government is trying to fight off what it sees as an aggressive takeover bid by the US, the broadsheet Die Welt reports, citing German government circles.
The US president had offered the Tübingen-based biopharmaceutical company CureVac “large sums of money” to gain exclusive access to their work, wrote Die Welt.
Trump was doing everything he could to secure a vaccine for the United States, “but only for the US,” the newspaper quoted an anonymous German government source as saying.
The newspaper reported that the German government has tried to offer the company financial incentives to remain in Germany.
“The German government is very interested in having the development of vaccines and treatments against the novel coronavirus undertaken in Germany and Europe,” the spokesman said.