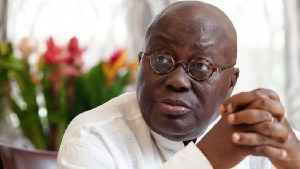 President Nana Addo Dankwa Akufo-Addo has stated that he feels vindicated by facts over his decision to close the country’s borders and subject all international travelers into the country to a mandatory quarantine and testing. It would be recalled that the President on his 3rd address to the country on the coronavirus pandemic last weekend stated that the country’s borders including airports have been closed to air and road travels as a way of mitigating the effect of the deadly virus. “All our borders that is by land, sea and air will be closed to human traffic for the next two weeks, beginning midnight on Sunday. Anybody who comes into the country, before midnight on Sunday, will be mandatorily quarantined and tested for the virus. This closure will not apply to goods, supplies and cargo.” The President said. Latest records released by the Ghana Health Service as at Thursday, March 26, 2020, revealed the great majority of the confirmed cases are Ghanaians, who returned home from affected countries. Seven (7) are of other nationals namely: Norway, Lebanon, China, Netherlands, and the United Kingdom (UK). The number of confirmed cases among travelers under mandatory quarantine who have been tested is seventy-eight (78). Speaking to the leadership of the Trades Union Congress (TUC) in Accra, the President stated “we are looking at measures we have taken and we are constantly reviewing them to make sure that we are abreast with the issue and can provide an effective antidote. It is clear that the measure we took to close our borders, ban international travels and the immediate aftermath of that banning everybody who came into Ghana had to be subjected to mandatory quarantine as well as testing”.
He added “at the end of the day the decision to ban international travel as well as to take the measures of quarantine and testing, I have been vindicated by facts. It tells that the overwhelming number of confirmed cases are all from people who came from abroad. A large number of those who came and were quarantined tested positive”