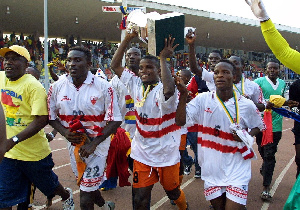 Former Hearts of Oak Chairman, Harry Zakkour has revealed the strategies he used in ‘stealing’ Emmanuel Osei Kuffour and Charles Taylor from the hands of Herbert Mensah’s Asante Kotoko. Harry Zakkour is widely known in the country for what we call ‘football mafia’ in the glory days of Hearts of Oak. The biggest ones came with the transfer of Charles Taylor from Accra Great Olympics and Emmanuel Osei Kuffour from Ebusua Dwarfs to join the Phobians. Twenty years after the famous transfer of the duo, Zakkour has revealed how he was able to pull off that ‘coup’ in an interview with the Accra based Joy FM. “Charles Taylor was in Great Olympics and my friend was Ade Coker(The Chairman of Olympics at the time) but when I heard my good friend Herbet had bought Taylor, I questioned Ade on why he will stab me in the back. He then told me that Kotoko had offered 80m old currency which was very huge at that time so there was nothing he could do about it, so I decided to take a new approach.” Harry Zakkour upon getting the news that Kotoko had paid 80m old cedis for the transfer of Charles Taylor had to involve a higher authority. “I went to report Ade to my senior brother, Hon. E.T Mensah who was the Sports Minister and a staunch Phobian that Ade is on the verge of selling Taylor to Asante Kotoko. After calling Ade to come to his office, E.T. Mensah offered to pay 100m old cedis to him and took Taylor’s card, something Kotoko failed to do after making the deposit.” He added that they used the same method but a different approach to sign the most in-form player at that time, Emmanuel Osei Kuffour. “The same thing happened with Osei Kuffour. Kotoko bought him but there were some small issues regarding the money so I, Nii Ayi Bontey and Alhaji Hearts had to drive to Cape Coast to hijack the deal from Kotoko.” Emmanuel Osei Kuffour and Charles Taylor played a key role in winning the Phobian's first-ever CAF Champions League trophy in 2001.