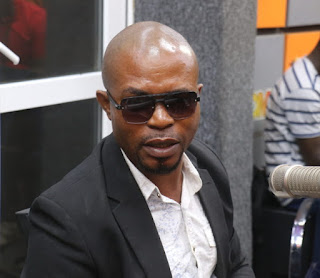 General Secretary of the Mortuary Workers Association (MOWAG), Richard Kofi Jordan, has opened up on what has kept him at his job when he became weary and wanted to quit.
Jordan said unfair treatment and poor conditions of service over the years once brought him to a breaking point, forcing him to attempt quitting but upon a second thought, decided to stay and fight for his people.
That conviction caused Jordan to mobilise morticians around Ghana to form a strong union.
Narrating their hardships and daily horrifying experiences on Adom FM’s Dwaso Nsem social discussion segment, ‘Y’asem Nie’, he disclosed he quit the job at a point in time but had to return to be a voice for his colleagues.
“We are paid meagre salaries, work at all times of the day; maintenance in our facilities  and protective clothing have been neglected despite the huge revenues hospitals make from operating mortuaries ,” he lamented.
Commenting on how the association came out, he said he had to move round the whole of Ghana visiting mortuaries to compile names of workers.
According to Mr Jordan, his sacrifice to mobilise the mortuary workers has helped him to know all members in each facility across the length and breadth of Ghana.